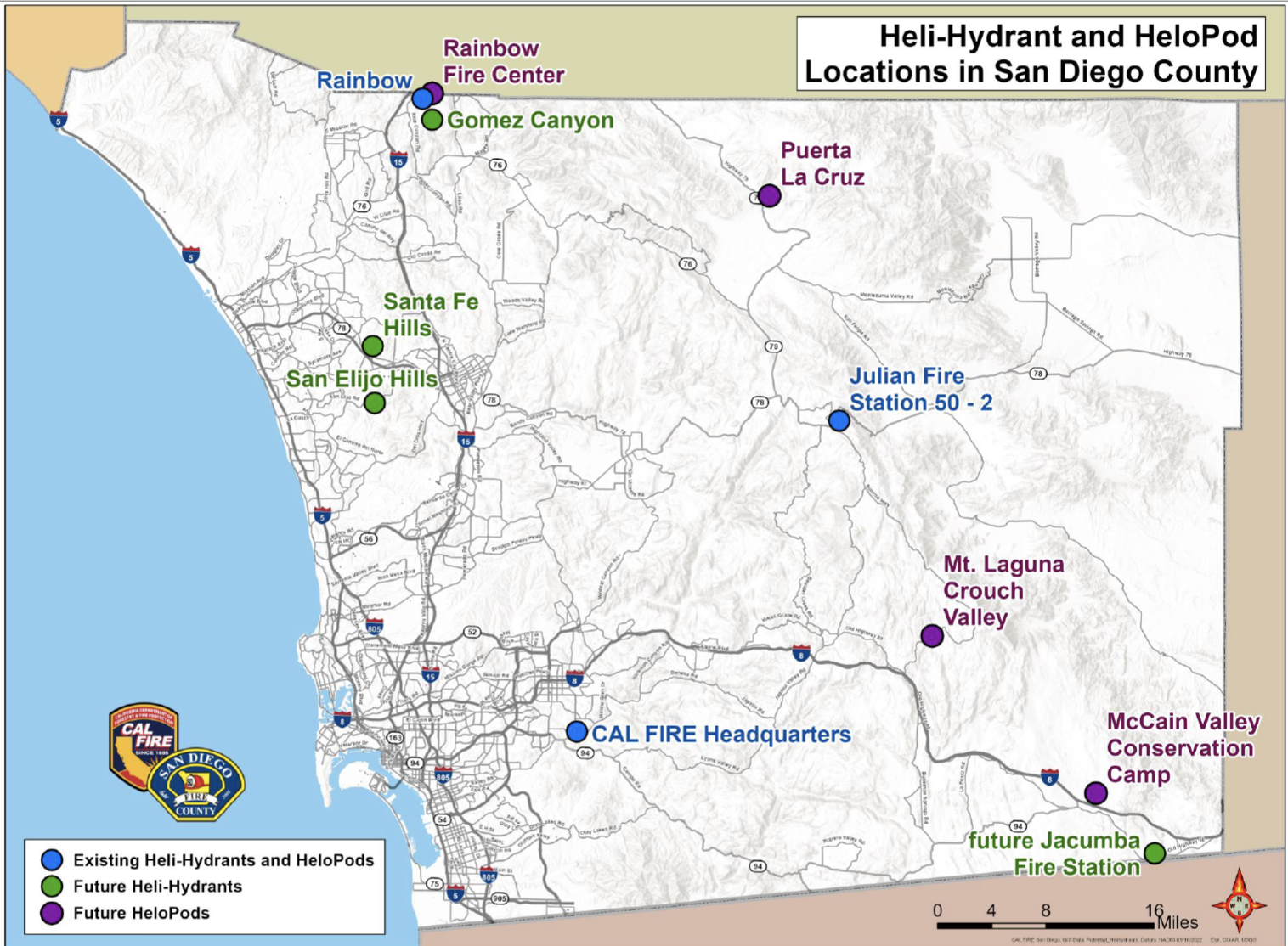 Living in San Diego County, the threat of fires is constant, that is why I have made fire safety one of my top priorities during my time on the Board of Supervisors.

We’ve initiated efforts to come up with a pre-fire strategy and evacuation routes. I’ve led the effort to increase roadside vegetation management, especially along major evacuation corridors. Plus, earlier this year, we were able to acquire a twin-engine helicopter, which is able to fight fires at night.

At this week’s Board of Supervisors meeting, we took another step towards increasing our protection. We’ve established a HeloPod at the Rainbow Fire Center in Fallbrook, and we’ve installed a Heli-Hydrant at the San Marcos Fire Department. Heli-Hydrants are stationary water tanks connected to a water source, which allows helicopters to quickly capture water. Helopods are portable, tactical helicopter dip sources that can hold about 5,000 gallons of water. Currently, firefighting helicopters must sometimes travel long distances to refill for water drops, which can be the difference between a minor fire becoming a major fire. 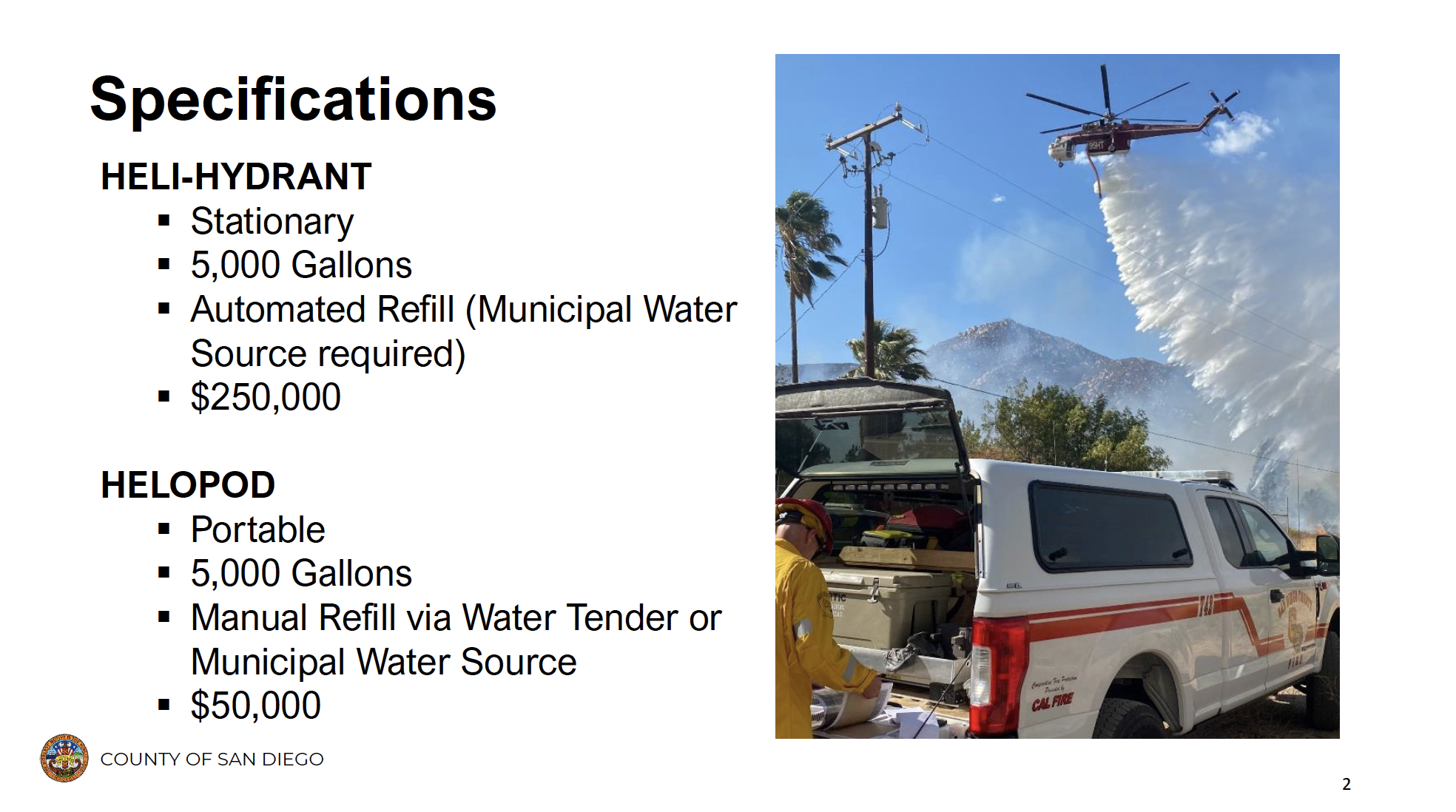 Having these two major assets in North County will make our region safer whenever a fire occurs. We’ve seen over the last few years, having more resources has prevented major wildfires in San Diego County. Also, at our Board of Supervisors meeting, I proposed to allocate $50,000 to the Burn Institute to support Fire Safe Seniors, which helps to install new smoke alarms and carbon monoxide detectors, free of cost. Along with seniors, they have a program called, Fire Safe Kids, which teaches children K-6 how to prepare for and respond during a home fire emergency and the consequences of playing with fire.

These programs will be great tools for keeping North County safe.