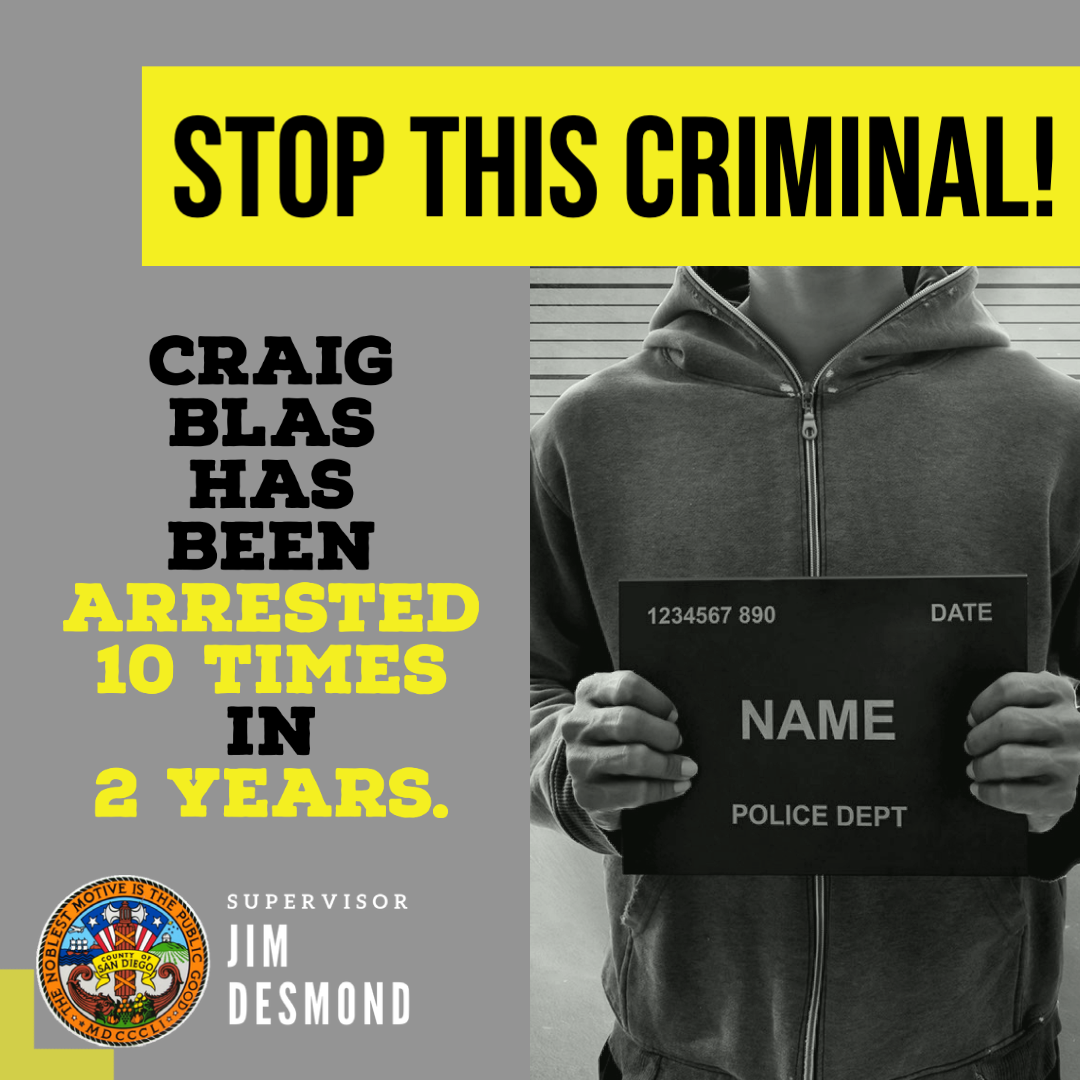 On June 21st Craig Blas will be appearing in court. If you would like to see him behind bars, please join me and voice your opinion and send a letter for the judge's consideration.

If you're unfamiliar with the story, Craig Blas has been repeatedly arrested, and then paroled and released - 10 times since 2020. He was arrested most recently in April for a probation violation and now faces court sentencing. During his arrest, he was found with a handgun magazine, 36 grams of methamphetamine, 235 fentanyl pills, 3.6 grams of powder fentanyl, a loaded magazine, a digital scale, and baggies consistent with the kind used to package illegal narcotics in the car.

It's unacceptable to have Craig Blas, and others like him, on our streets. If you agree and would like to voice your opinion, now is your chance.

On June 21st, Craig Blas will appear in court for sentencing. You have an opportunity to write to the presiding judge, James Simmons and let him know why you believe Craig Blas is a danger to society and needs to remain behind bars.

Below is a letter I've written to the judge. If you would like to join me, simply email Deputy District Attorney, Anita Spinetta who is handling the case by Friday, June 17. Be sure to include the case number, SCN433891.

It's important for the judge to hear about the impact Craig Blas has on our community and why maximum sentencing is appropriate.

I believe in second chances, but being arrested 10 times in a little over two years is well beyond a second chance. Now is our time to speak out! 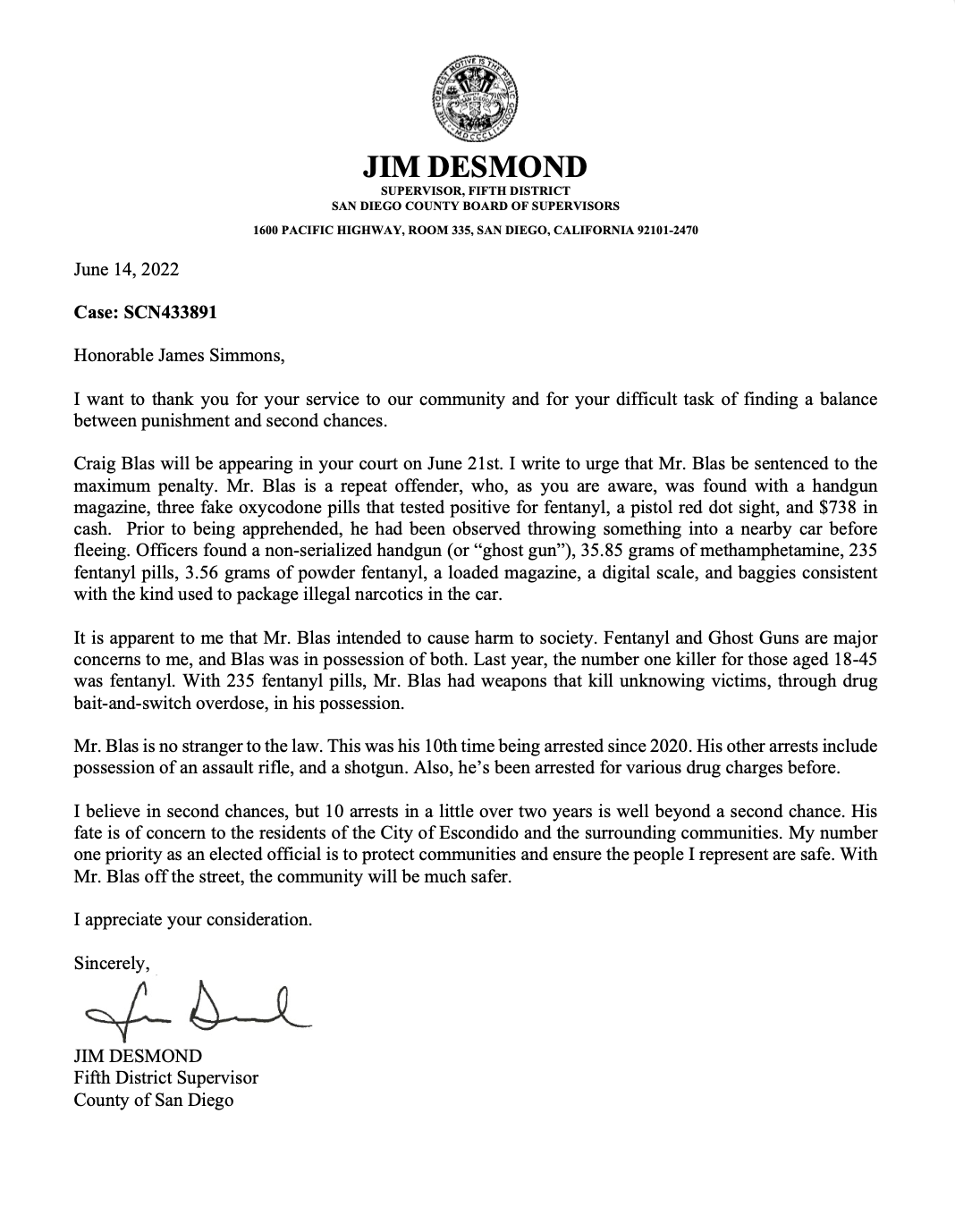