For too long, our communities in San Diego County have been living in fear knowing a Sexually Violent Predator could be placed in their neighborhood. 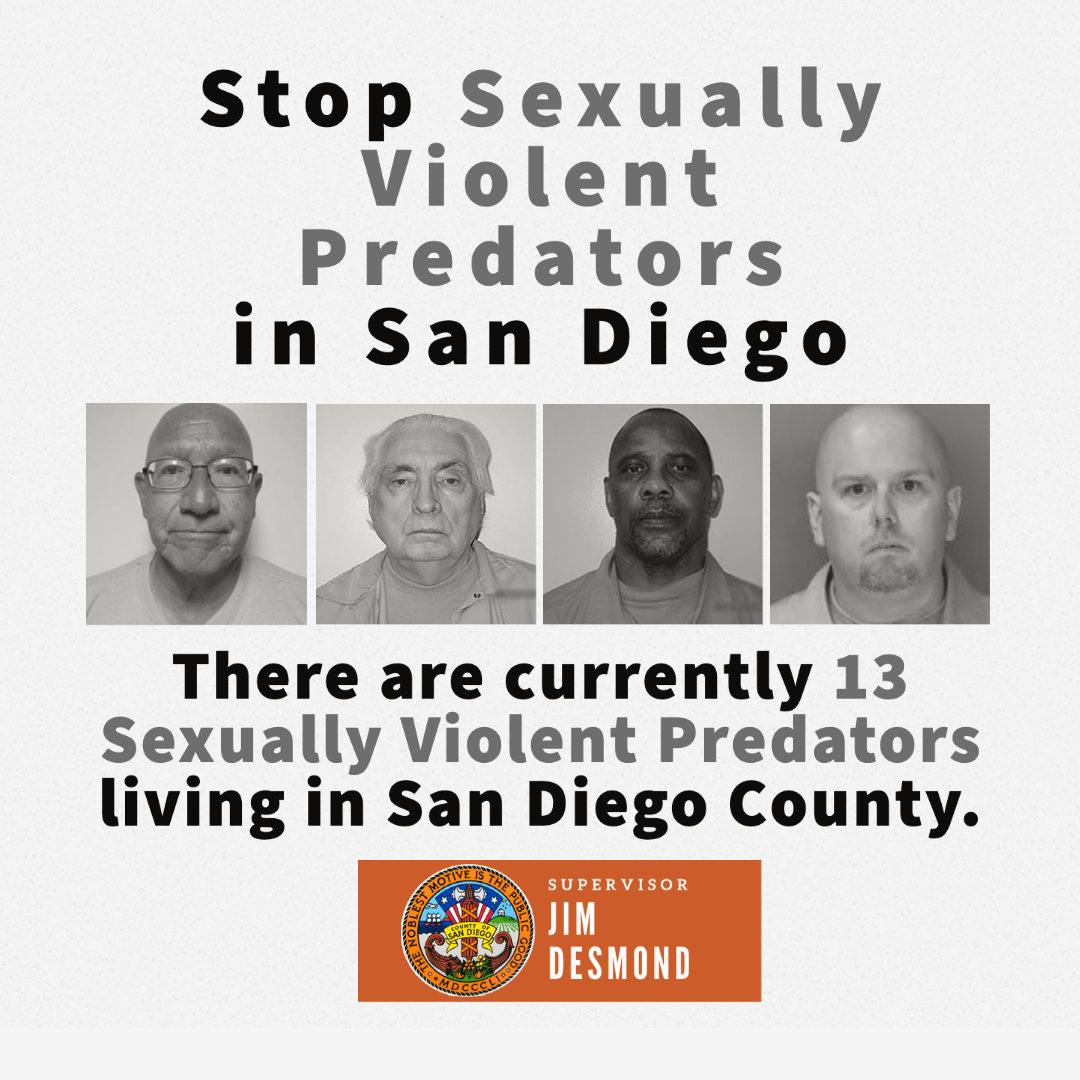 Sexually violent predators represent less than 1 percent of California’s registered sex offender population. These people are the worst of the worst. A Sexually Violent Predator is an individual who has been convicted of a sexually violent offense against one or more victims and who has a diagnosed mental disorder that makes the person a danger to the health and safety of others. The Sexually Violent Predators placed or proposed to be placed in the San Diego Region have committed crimes that include lewd acts upon children under 14 (as young as four years old), child molestation, forcible rape, and forcible sodomy, among others. Many of these were repeat crimes over the course of years.

It's time the politicians heard from the families and people being terrorized by these people.

We plan on submitting all the signatures gathered to the State representatives and working to find a permanent location, away from families and neighborhoods, for these predators.