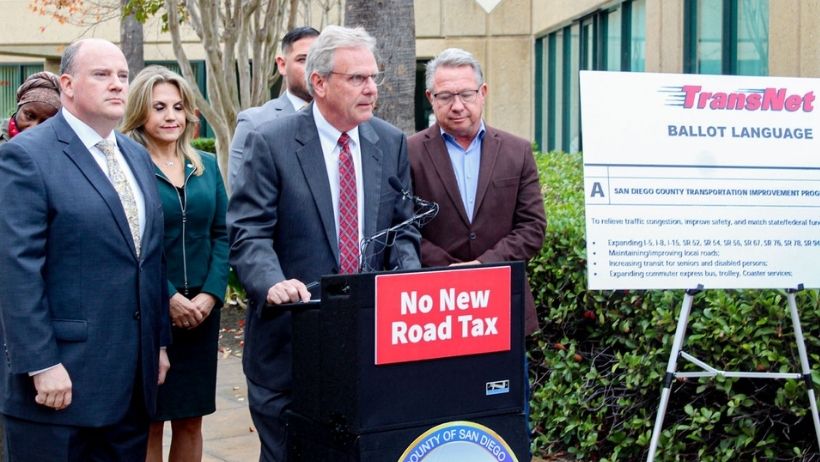 Freeways and roads are the backbone of our transportation system and essential to our economy. A commonsense approach to a future transportation system includes a functioning road network. While public transit works in some areas, our highway system allows North County to thrive and is a necessity.

In 2004, San Diegans voted to extend a half-cent sales tax for 40 years starting in 2008.  In exchange SANDAG promised to relieve traffic congestion by making critical highway improvements to the 78, 67, 94, 125, 805 and 52, and many other major San Diego County highways. Those promises have been unfulfilled while public transit has received the majority of the dollars. In order to relieve traffic and make everyone’s commute faster, the freeway projects that have been promised to all San Diegans, must be finished!

Currently, the push from SANDAG and the State of California is to fund trains and trolleys, a transportation method that peaked in the 1800’s. Instead, we should be focusing on future technologies that will make our commute easier and safer.

Self-driving cars are closer than they’ve ever been, but to make them a reality, we must invest in technology that allows the cars to “speak” to each other. As an airline pilot for 33 years, we’ve had this technology for a long time; aircraft letting each other know where they are positioned, thus avoiding collisions. That technology exists in cars right now and is being tested through pilot programs in cities across the country. San Diego County should be at the front of the line looking at the latest means of transportation.

Also, as a Board member for the North County Transit District, one of my biggest worries is the Del Mar Bluffs and the adjacent rail line. This is the 2nd most traveled rail line in the Country and it’s a huge transporter of goods and items, along with people. We have already seen several bluff collapses over the years and it’s only a matter of time before something devastating happens. SANDAG is putting dollars towards temporarily fixing the issue, but this needs a permanent solution, the tracks need to be fixed.

Americans like freedom. Families need flexibility. We like going where we want to go, and when we want to go there. Public transportation, while useful in some areas, doesn’t work for the entirety of San Diego County, which is why only 3.5% of San Diegans use it. When it comes to spending billions of taxpayer dollars we should be investing in our future, not the past.